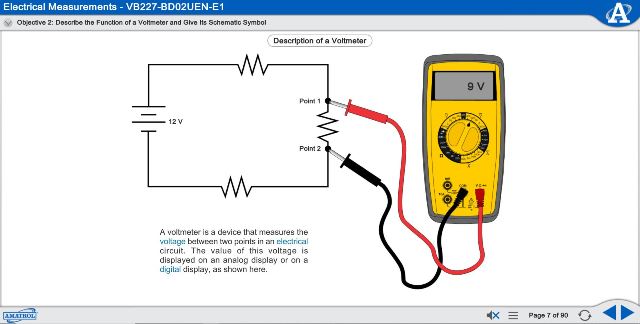 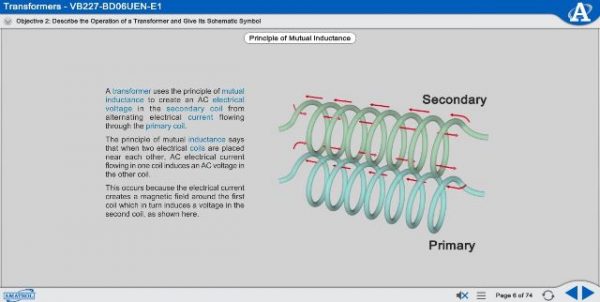 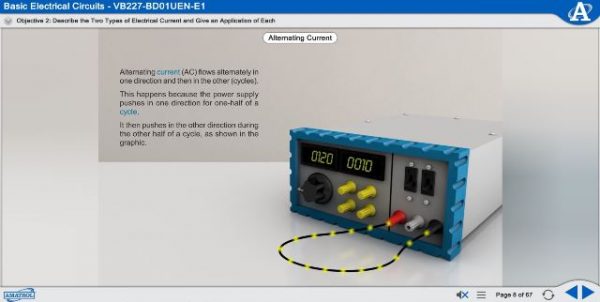 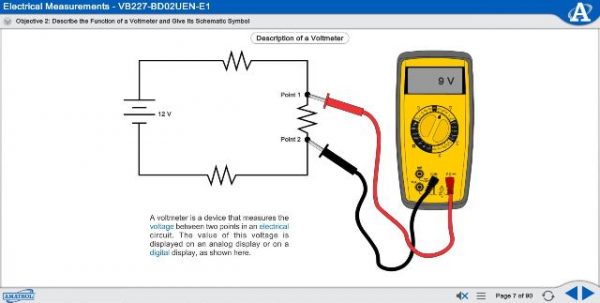 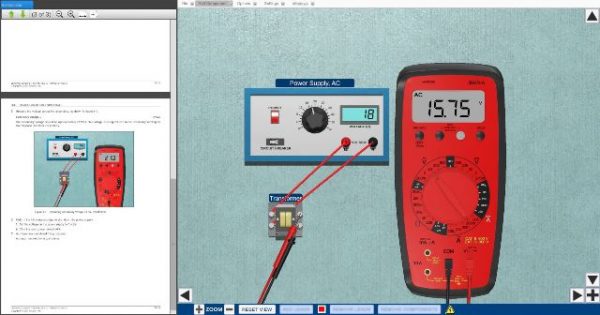 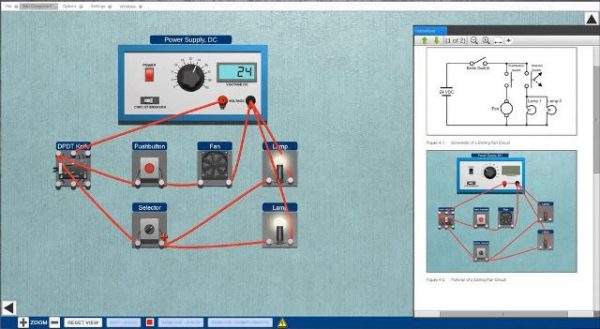 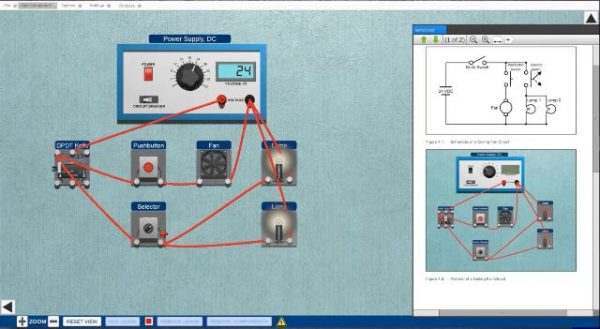 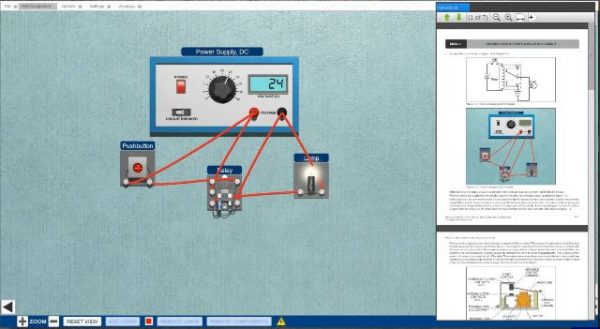 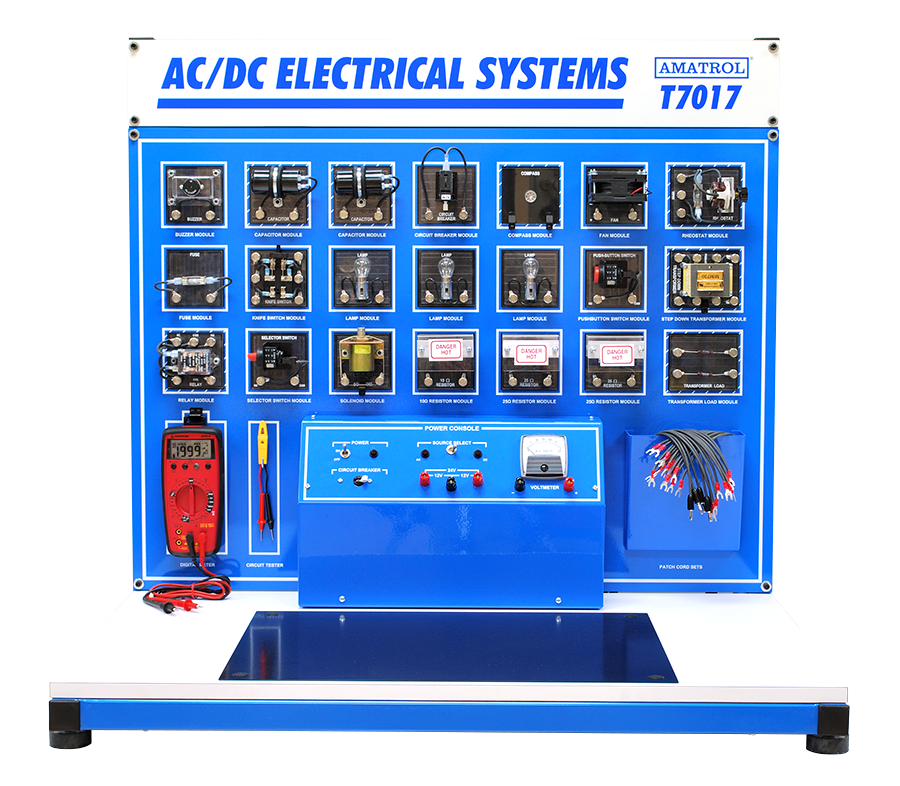 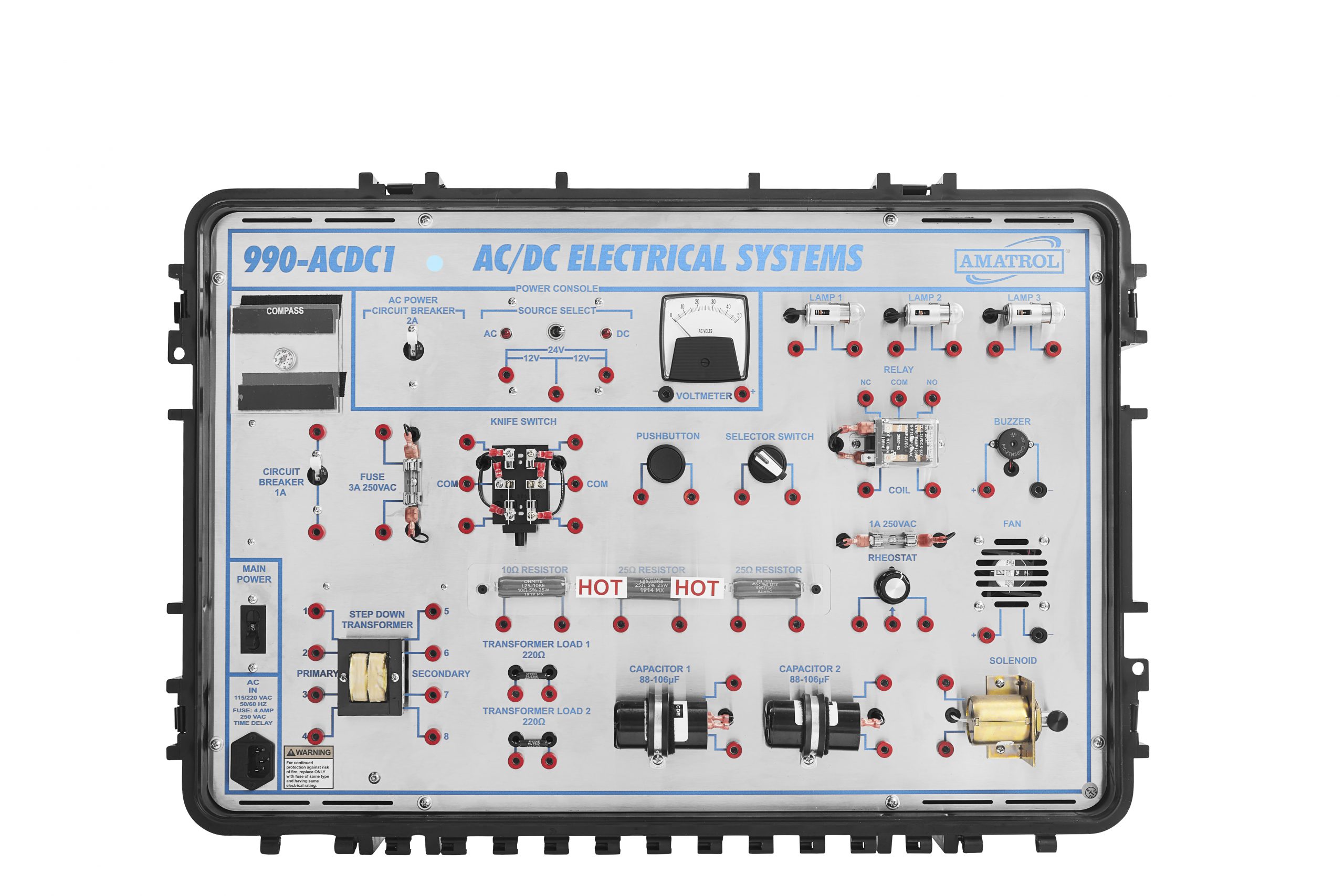 Amatrol’s Virtual Trainer Courseware – AC/DC Electrical (NB227) introduces the fundamentals of AC and DC electrical systems used for power and control in industrial, commercial, agricultural, and residential applications. This virtual trainer allows learners to develop skills and knowledge needed to apply the use of AC/DC electrical devices in modern industry. It takes learners through key topics and skills in measurement, including how to install, operate, repair, and design equipment, and teaches learners essential AC/DC electrical concepts and skills applicable throughout modern industry.

Learners using Amatrol’s AC/DC Virtual eLearning course will be introduced to circuit analysis, including power series circuits, power in parallel circuits, and circuit protection devices. Individual lessons include the difference between Ohm’s Law and Kirchhoff’s Voltage Law, using Kirchhoff’s Current Law, and describing the operation of a fuse. Learners will also practice skills, such as calculating series resistance given each load’s resistance, operating a circuit using a fuse, and testing and resetting a circuiting breaker.

Amatrol's basic AC/DC electrical eLearning course also features a virtual simulator that allows learners to practice hands-on skills even when they don't have access to a physical trainer. Virtual simulators replicate hands-on equipment in such great detail that learners will feel like they are using actual equipment. Learners perform essentially the same industry-based tasks using the virtual equipment that they would perform using equipment hardware. Virtual simulators offer instructors and learners great flexibility when learning remotely or when a physical trainer must be shared by multiple learners.