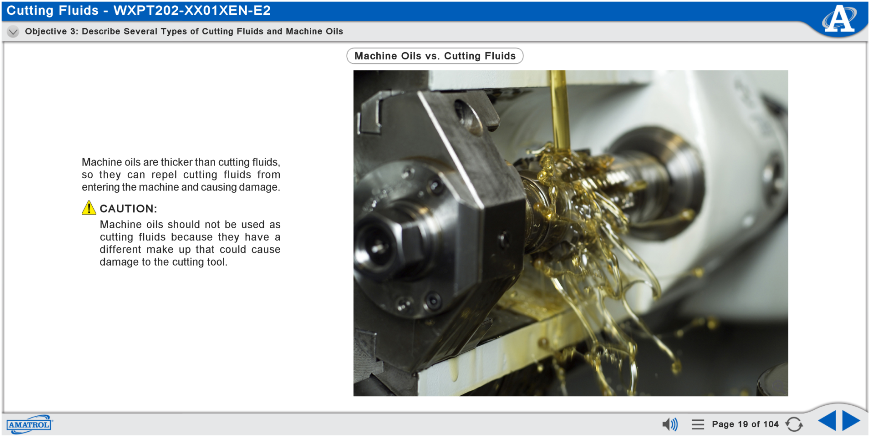 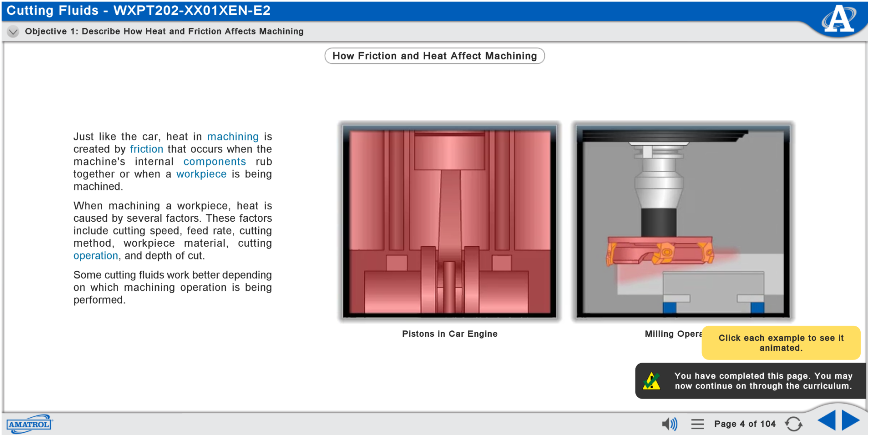 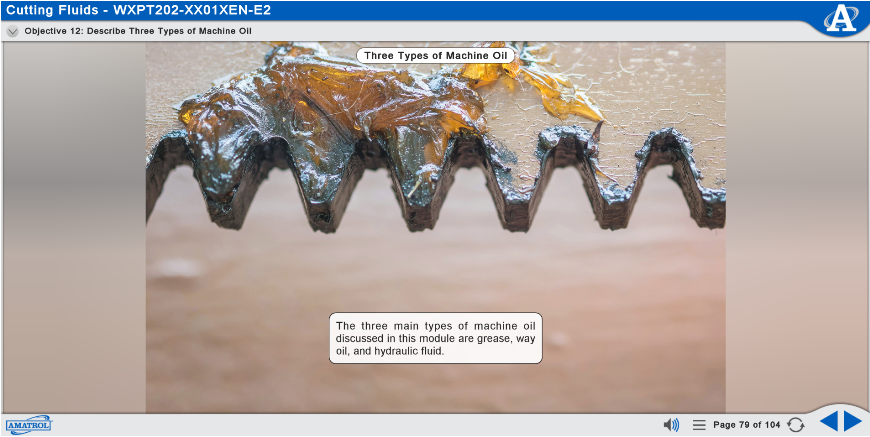 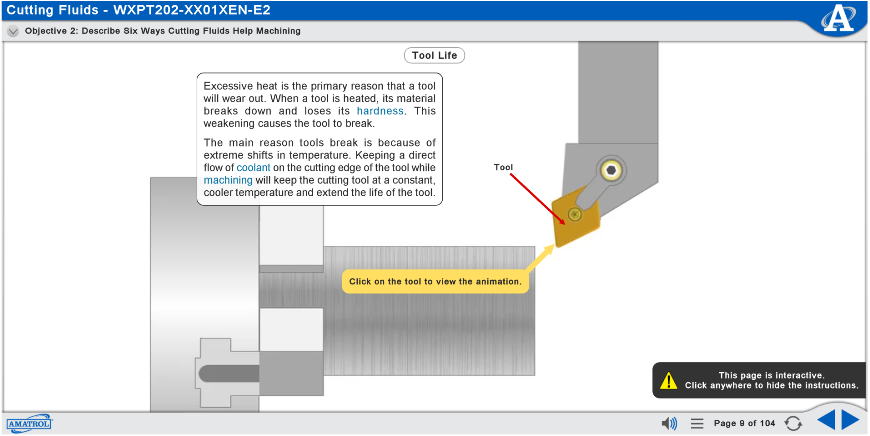 Amatrol’s Principles of Coolants and Oils eLearning courseware (MXPT202) introduces the fundamentals of the major types of coolants and oils used in manufacturing. This CNC machining training course covers oil-based and chemical-based cutting fluid, gases, and machine lubricants and oils, and focuses on the properties, purpose, application, and safety issues of each type of CNC coolant and oil.

How Does Heat and Friction Affect Machining? How Does Coolant Help?

Heat is produced when energy is transferred from one object to another, creating a difference in temperature. In a car, for example, heat is created by friction that is produced as the pistons rub against the engine block. A car needs oil and coolant to run properly, because its engine is made up of metal components that rub together. This motion causes friction, and a by-product of friction is heat. If there was no coolant or lubricant in an engine, its parts would get hot and eventually the engine would overheat. The parts could even get hot enough to melt together, stopping the engine altogether.

Just like the car, heat in machining is created by friction that occurs when the machine’s internal components rub together, or when a workpiece is being machined. When machining a workpiece, heat is caused by several factors. These factors include cutting speed, feed rate, cutting method, workpiece material, cutting operation, and depth of cut. Some cutting fluids work better, depending on which machining operation is being performed.

Amatrol’s peerless interactive multimedia curriculum utilizes text with voiceovers, pictures, videos, stunning 3D animations, and interactive quizzes and reviews that engage learners in theoretical knowledge and concepts. This thorough, detailed curriculum begins with the basics and advances to complex concepts. Through partnerships with key industry leaders and leading educators, Amatrol developed the right balance of knowledge to train learners to work in their chosen field.

Amatrol has an unmatched range and depth of machining courses. Whether you are looking to provide a specific course or wish to create a full machining program, Amatrol's can help. If you wish to include hands-on skill training to your program, Amatrol offers combined eLearning and hands-on training solutions as well. 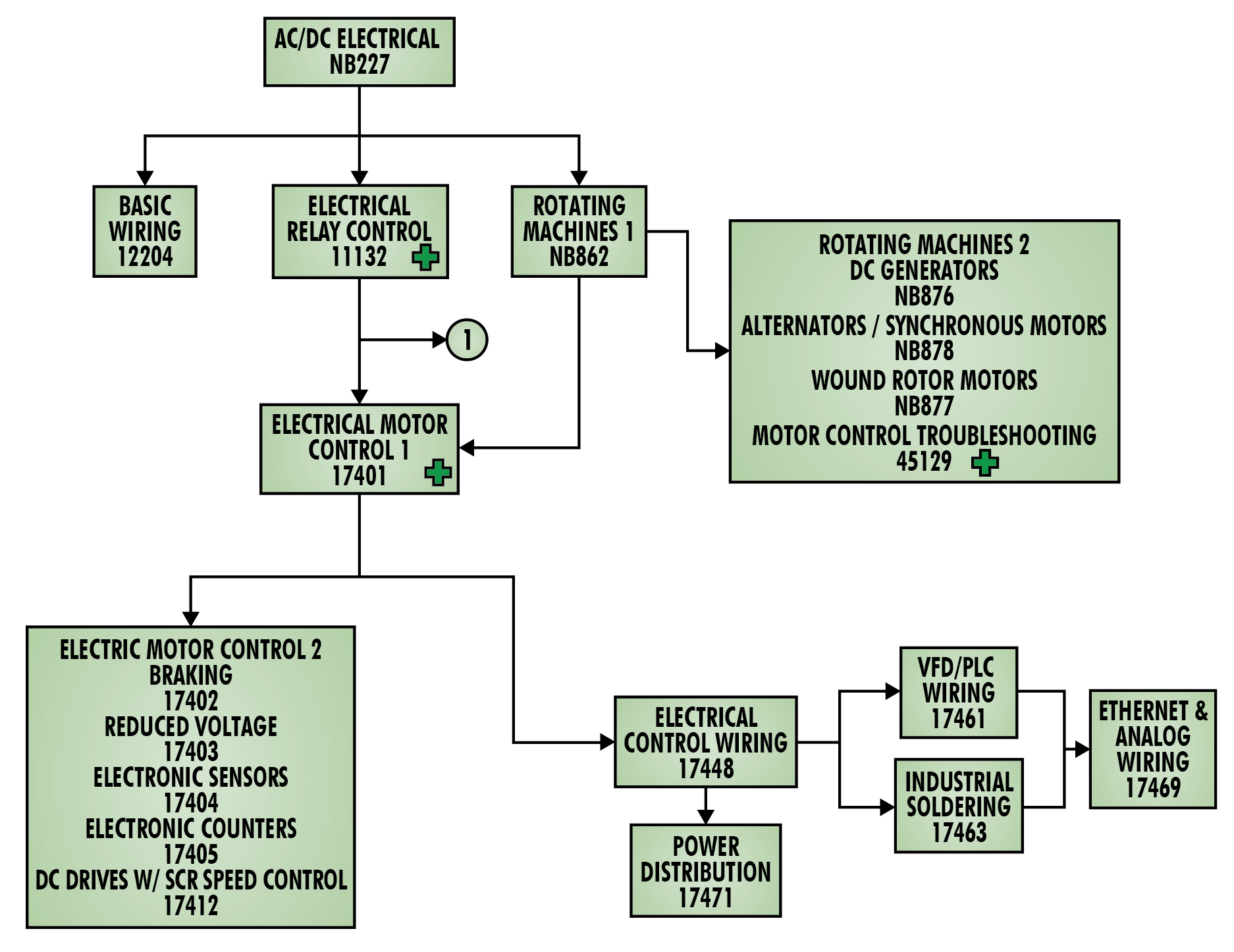 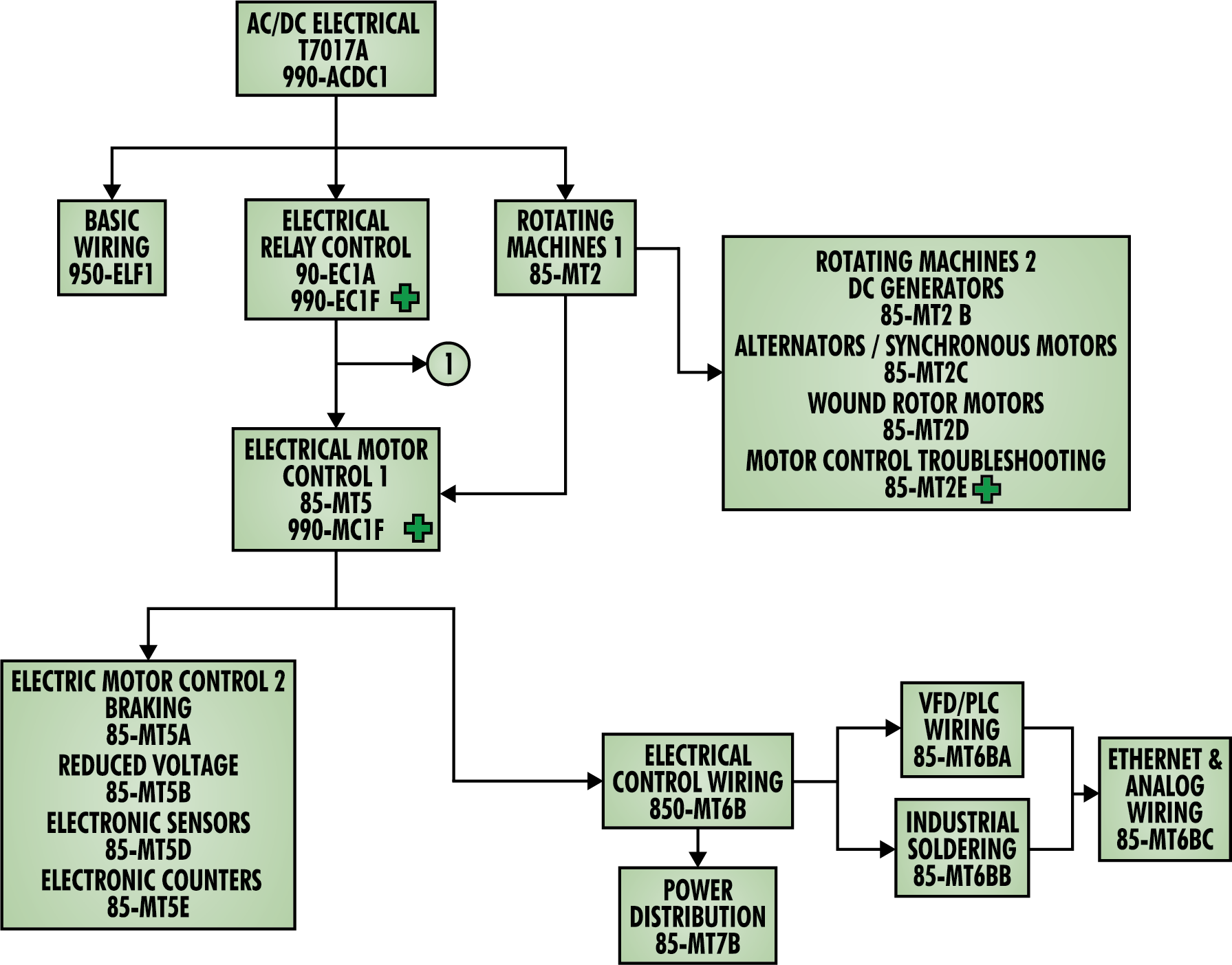