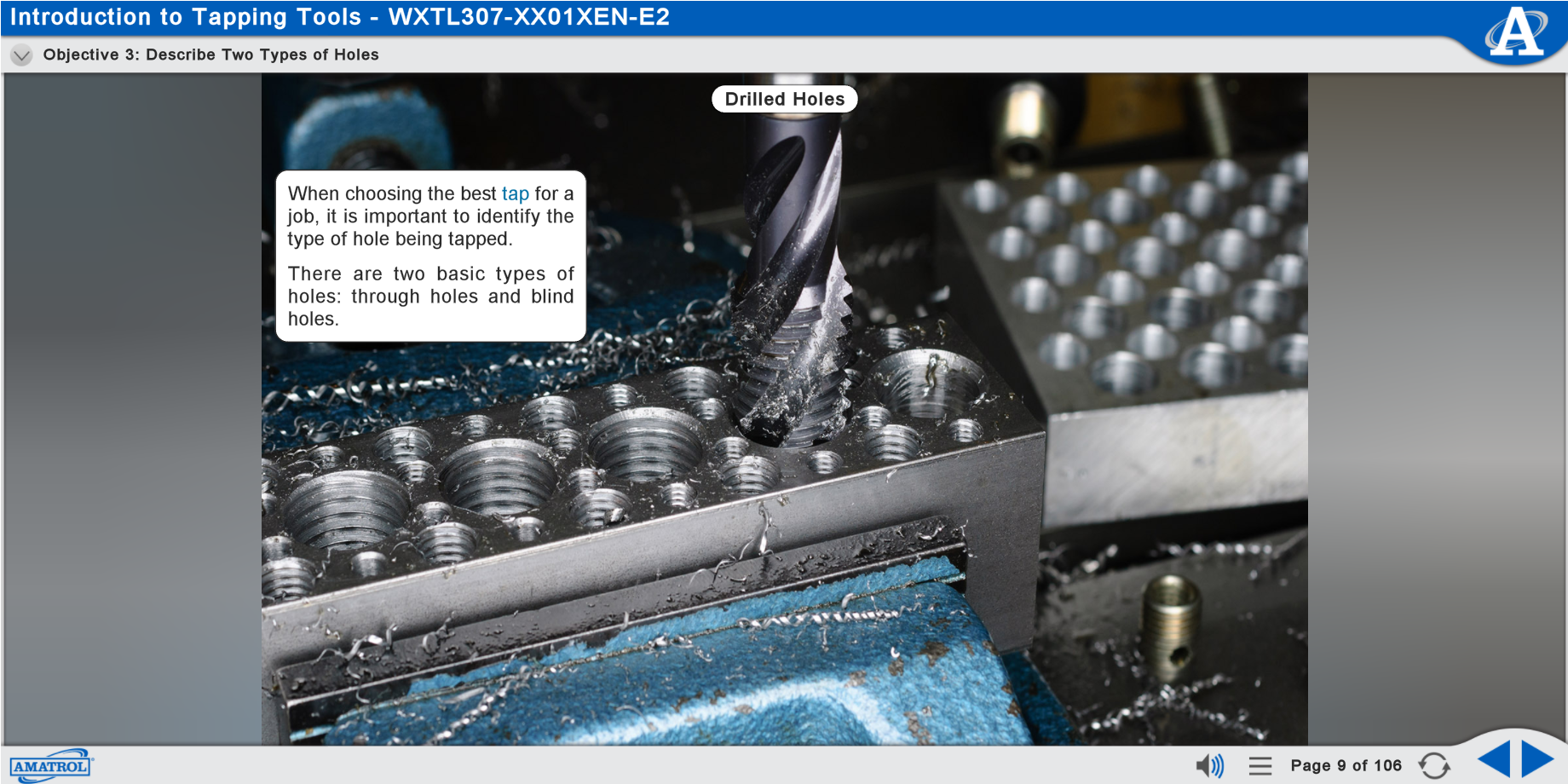 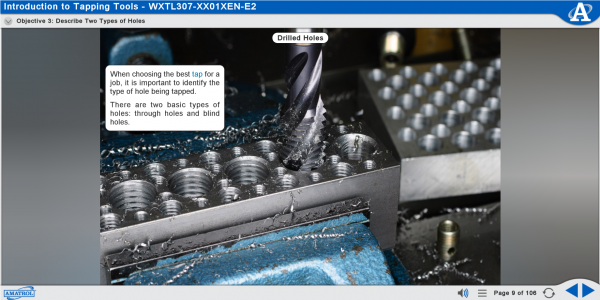 Amatrol’s Tooling for Tapping eLearning course (MXTL307) teaches tapping tools used for metal cutting. This industrial machining training focuses on tapping terminology, types and properties, and applications. Major topics include: differentiating between the two kinds of holes; the impact of part design on tapping tool performance; interpreting tap nomenclature to determine thread size and quality; identifying the components of a tool holder assembly; and calculating how large to drill a hole for a cutting tap.

Tapping is the process of creating threads in a drilled hole designed to mate with a screw. A thread is a V-shaped groove cut into the sides of the hole. The groove forms a spiraling structure that converts rotational force (torque) into linear movement. As a screw rotates into a tapped hole (a nut, for example), the screw’s threads move in a linear fashion.

The tools that perform tapping are commonly referred to as “taps”. Each tap is designed to cut a specific thread size and pitch (the distance between threads). Although taps are available to cut many different threads, taps have several common components, such as square, shank, flute, thread, chamfer, and point.