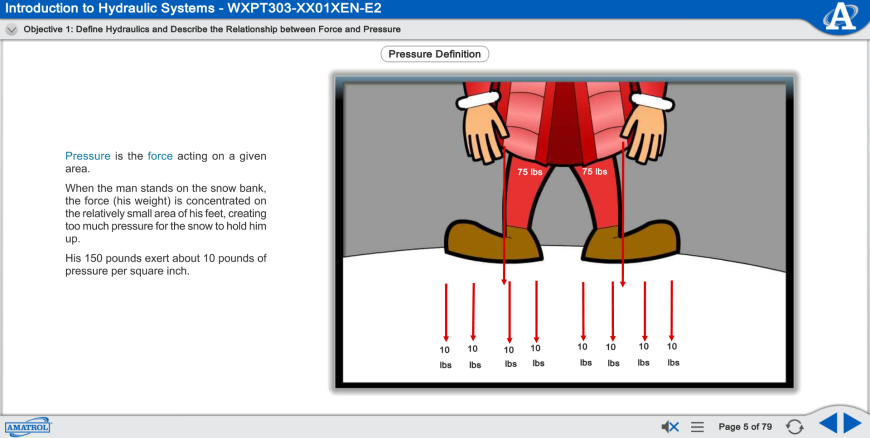 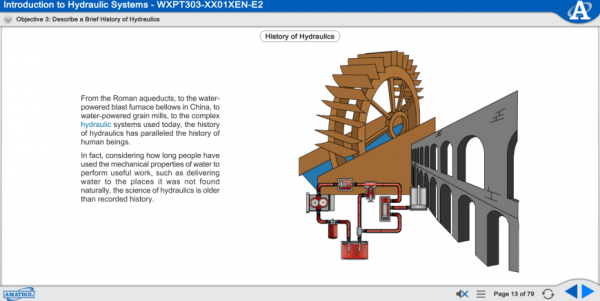 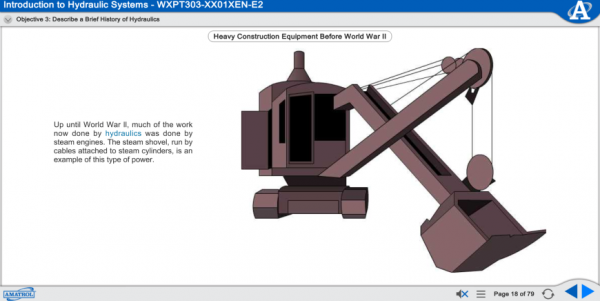 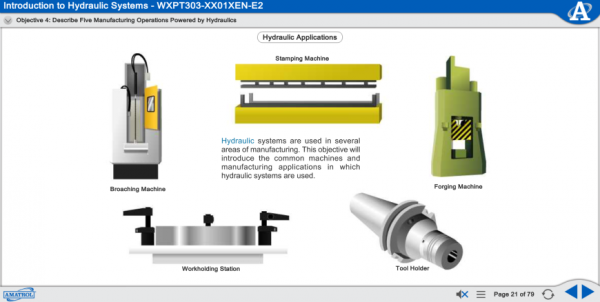 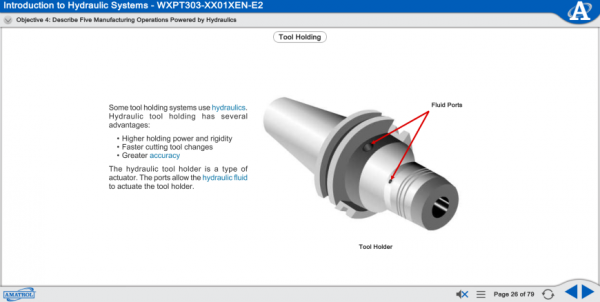 Hydraulics is the study of the mechanical properties of fluid. Hydraulics are part of systems used every day and are vital to the function of several types of manufacturing machines. Hydraulic systems are used in workholding and in equipment that move heavy objects around the plant.

What is the Difference Between Force and Pressure?

When studying hydraulics, it is important to understand the difference between force and pressure. Force is a measurable amount acting on an object. For instance, on Earth, a man standing on a bathroom scale is pulled down by the force of gravity. This force is called ‘weight’. When the same man stands on a snow bank, he is still being pulled down by the same force, yet unlike when standing on the scale, he crushes through the snow on the ground. This happens because the force is concentrated in too small an area for the loose snow to support his weight. Pressure is the force acting on a given area. When the man stands on the snow bank, the force (his weight) is concentrated on the relatively small area of his feet, creating too much pressure for the snow to hold him up.

Amatrol’s unmatched multimedia utilizes text, audio, and stunning 3D animations that engage learners in theoretical knowledge and concepts. This thorough, exceptionally detailed curriculum is built to begin with the basics and steadily advance to more complex concepts. Through partnerships with key industry leaders and leading edge educators, Amatrol developed the right balance of knowledge needed to train learners to work in their chosen field.