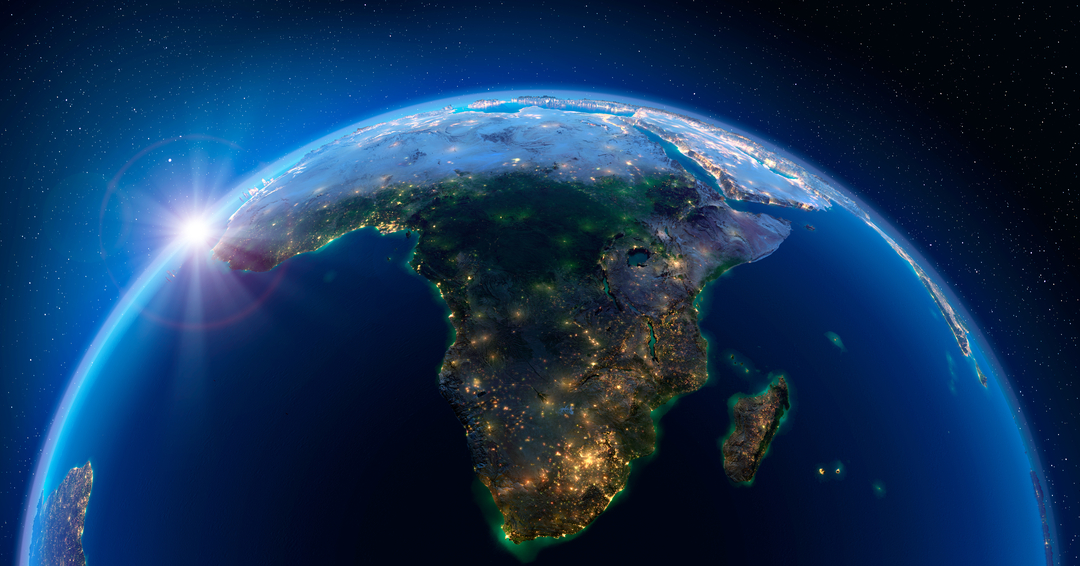 For much of the past two decades, China has been referred to as the Factory of the World due to sheer amount of products that are manufactured there. This shift has turned a mostly agrarian society into a country with the largest middle class on Earth; a change that began with the widespread integration of factories into Chinese society. But times are changing and factories are finding a new home in what many are calling The Next Factory of the World, the continent of Africa. Africa’s manufacturing sector potential in the 21st century is nearly boundless.

Eight of the ten fastest-growing economies in the world over the next decade are projected to be in Africa, a continent whose manufacturing sector is projected to double in size by 2025 with an annual output of $1 trillion. Author and consultant, Irene Yuan Sun, believes that Africa can be, “the world’s next manufacturing center,” and could grab a chunk of the estimated 100 million manufacturing jobs leaving China by 2030.

If projections hold true, the 21st Century will be a bright one for Africa. Many countries like South Africa, Egypt, and Nigeria have implemented policies that encourage manufacturing growth, and many others like Ethiopia, Morocco, and Rwanda have adopted similar policies to raise industrial development. Policies like the formation of the African Continental Free Trade Area (AfCFTA), improving infrastructure, and political stability in most countries have the attention of native entrepreneurs and international investors alike.

But projections and hope must be backed up with a solid plan in order to fulfill that potential. Currently, 70% of all manufacturing investment in Africa is concentrated in just four countries (South Africa, Egypt, Nigeria, and Morocco), so for the rest of the continent to begin grabbing larger slices of the pie requires an understanding of the obstacles in Africa’s path and the factors working in its favor.

The Need for a Robust African Manufacturing Sector: A Current Lack of Opportunity and Job-Relevant Education

Africa is home to 1.3 billion people (12% of the world’s population) and 70% of that population is 24 years old or younger, which isn’t necessarily a good thing when youth unemployment is at the top of the list of problems for many African countries. The United Nations estimates that, “youths account for 60% of all of Africa’s jobless…with 200 million people aged between 15 and 24, Africa has the largest population of young people in the world.”  The article also notes that, “Africa’s unemployment statistics exclude those in vulnerable employment and those who are under-employed in informal sectors.”

So are the youth of Africa undereducated or is there simply a lack of opportunity for people that complete school? Unfortunately, the answer might be both.

African schools are currently outperforming themselves at a historic rate. As the World Bank notes, “More African children are in school today than ever and over the past fifty years, primary completion rates have more than doubled while completion of lower secondary school has increased five-fold;” however, the source then put the raw numbers into context: “one in every three children fail to complete primary school [Primary school completion in Africa is nearly 20% lower than the global average]. In most African countries, less than 50% of children complete lower secondary education, and less than 10% make it to higher education.” But who can blame people for not completing school when, as a currently unemployed college graduate said of fellow Nigerian university graduates, “They clean floors in hotels, sell mobile telephone calling cards—some even work in factories as labourers.” Or as a Brookings study put it, “African countries with low unemployment tend to have large informal sectors. Young people find work, but not in places that pay good wages, develop skills or provide a measure of job security.”

This is why many see an increase in the African manufacturing sector as a necessity. Manufacturing is, “the industrial sector which is most closely associated with employment-intensive growth.”

A Crippling Lack of Infrastructure

Infrastructure is the network of roads, power grids, sea ports, internet, etc. that keeps society connected and functioning. It is also the vascular system that keeps the circulation of goods and services pumping, and without it, a society is left in a logistical nightmare and unfortunately, Africa is currently stuck in this nightmare. Some of this is due to sheer geography. Africa is the second largest continent, measuring in at 11.6 million square miles, so building roads and railways is not a simple undertaking. But other factors – such as a lack of deep sea ports, airports, and power grids – are more within reach but currently insufficient.

The African Development Bank wrote in 2019 that “trade costs due to poorly functioning logistics markets may be a greater barrier to trade than tariffs and nontariff barriers,” and also noted that, “It remains more expensive for an operating factory in Ghana to import coffee from Rwanda than from a Paris-based company.” To further this point, the Infrastructure Consortium of Africa (ICA) noted in a study that, “poor road, rail and harbor infrastructure adds 30-40% to the costs of goods traded among African countries.”

The African Continental Free Trade Area (AfCFTA) was signed in March 2018 by 54 of 55 African nations and is currently ratified by 28 countries. This agreement requires member states to remove tariffs from 90% of goods, which will create, “a single market for goods and services in Africa that aims to unlock manufacturing potential and facilitate industrialization, driving sustainable growth and jobs among other objectives.”

This trade agreement could boost intra-African trade by an estimated 52% by 2022.  This free trade between African countries – and the savings on tariffs for most countries – has promoted cultivating financial resources and investment in improving infrastructure in areas like transport, energy, and internet. Equally as important, as stated in a Brookings report, “by promoting intra-African trade, the AfCFTA will also foster a more competitive manufacturing sector and promote economic diversification. The removal of tariffs will create a continental market that allows companies to benefit from the economies of scale.”

This is great course of action according to Ndubuisi Ekekwe, founder of the African Institution of Technology, who says that the AfCFTA will allow Africa to, “build processes to improve internal consumption, rather than focusing on using cheap labor as a comparative advantage for global manufacturing. If Africa expands internal consumption by trading more among member states, decoupling from old colonial trade routes, it can industrialize, as it has sizable markets to support the growth of companies.”

He goes on to say, “The agreement has been designed to make goods produced in Africa move within the continent at negligible tariffs. The expectation is that manufacturers will be incentivized to invest in Africa in order to have access to the integrated market. If it works as planned, the trade agreement will be a catalyst to African industrialization.”

Africa’ natural resource deposits are vast and deep. From oil and gas reserves around and in Africa’s Indian Ocean countries to agriculture to minerals like iron ore, platinum, coal, and copper, Africa’s natural resources currently account for “approximately half of (Africa’s) total MVA and manufacturing exports.” However, as discussed earlier, the crippling lack of modern infrastructure in Africa adds exorbitant costs to extracting and moving these resources to foreign markets.

A New Focus on Real-World Skills in Education

As recently as the beginning of the 21st century, vocational training in Africa seemed in trouble. A Brookings Institute report noted, “Changes in vocational and technical education are also needed. Africa’s skill development schemes are supply driven and disconnected from the demands of the labor market (Adams, 2006). A more market-oriented approach could be achieved through the use of training vouchers that can be redeemed with accredited private sector training providers or through industry-led training centers.”

On top of this, Africa was struggling with a stigma similar to the United States where “vocational training” developed a negative connotation. Unfortunately, the African stigma was more severe than the United States. As the Africa-America Institute notes, “Technical and vocational education and training (TVET) has, in many parts of the continent, suffered from the unfortunate colonial legacy, which relegated many Africans to low-ranking manual labor while settler populations benefitted from largely non-manual and invariably better paying jobs in the formal economy.”

Fortunately, world and African institutions recognized this problem and set to not only re-branding TVET to remove the stigma, but also to engage in curriculum reform and upgrade training facility to focus on practical applications. The hope is that this will bring additional training centers to the level of schools like the Accra Technical Training Centre in Ghana, Richfield Graduate School of Technology in South Africa, and the Federal TVET Institute in Ethiopia.

First, the African Union (AU) launched a Plan of Action for the Second Decade of Education (2006-2015), which “recognized the importance of TVET as a support mechanism for economic growth and as a means of empowering people to establish sustainable livelihoods.” Second, the World Bank announced in 2018 that it planned to improve the training capabilities in countries like Kenya, Tanzania, and Ethiopia by financing 17 TVET schools in Africa. The East Africa Skills for Transformation and Regional Integration Project (EASTRIP) is a $293 million effort to “increase access to and quality of TVET institutes and to support regional integration across East Africa.”

The potential for Africa to be The Next Factory of the World is certainly there and initiatives like AfCFTA and EASTRIP are shining light on that hope through foreign investment and intra-continental cooperation and free trade. But many obstacles – particularly infrastructure – remain and a new push for TVET education must overcome stigma and align with regional industrial needs to offer new students hope at a better life. And though foreign investment is important, it’s more a story of a continent long languished with colonialism and political instability beginning to work together.

As Ndubuisi Ekekwe, founder of the African Institution of Technology, wrote, “Africa can no longer depend on global manufacturing to become industrialized, nor can it simply mimic China’s policies. But if Africa educates its citizens, integrates effectively on trade and currency, and improves intra-African trade, its industries can compete at least to serve its local markets.” 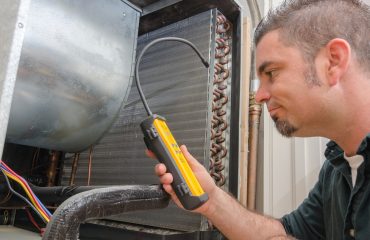 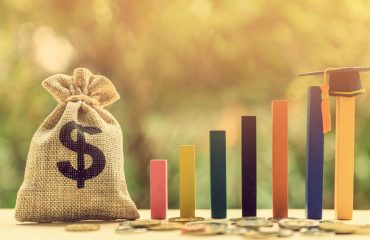 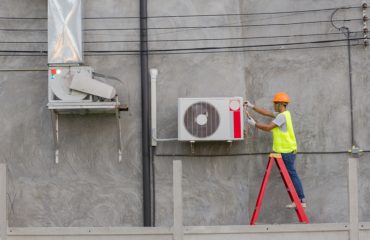 The HVAC Skills Gap: How to Solve the Critical Shortage of Skilled Workers