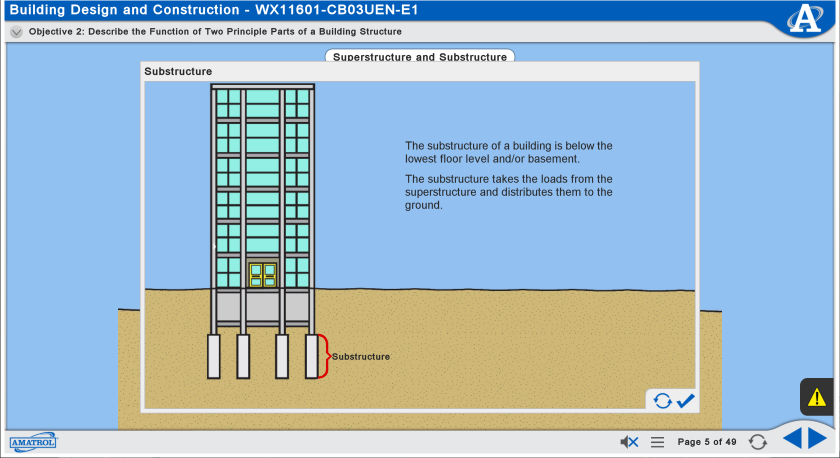 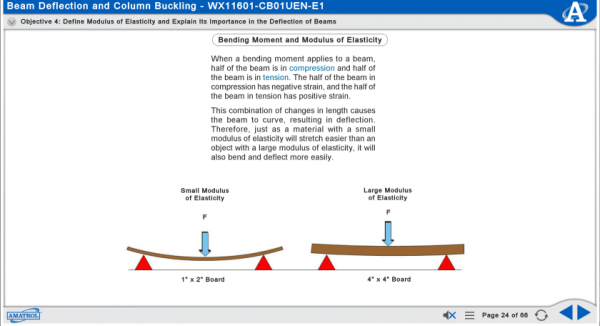 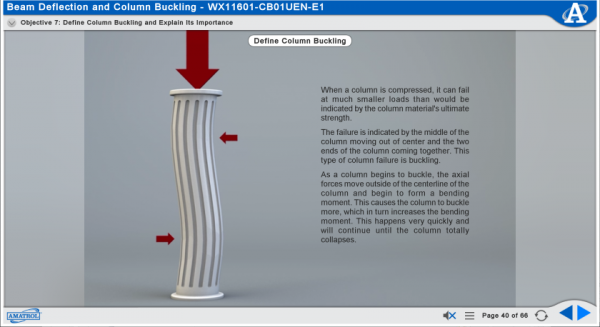 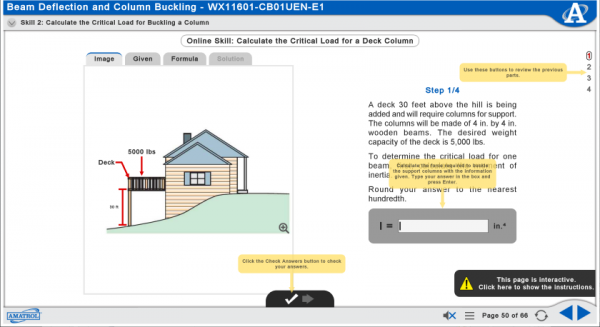 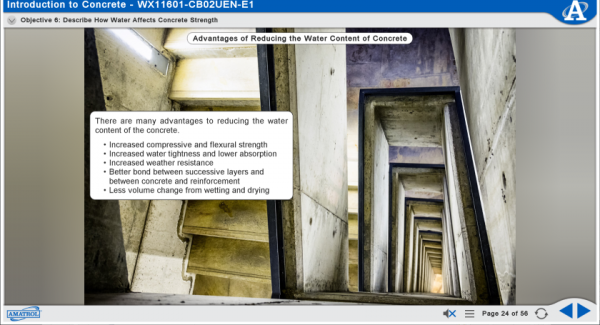 Design of Structures 2 eLearning (M11601) provides a more in depth look at engineering and advanced concepts building on the introduction of structural engineering 1. These concepts include beam and column design, defection of beams, buckling of columns, factor of safety in design, concrete fundamentals, concrete mixing and placement, concrete testing including rupture strength and compressive strength of concrete, building materials and design including identification of building structural design, building loads, and building research and design. These concepts teach learners the more advanced concepts in structural engineering.

What is Structural Deflection and Why is It Important?

Forces acting perpendicular to a beam cause bending moments. The amount that a beam moves perpendicular to its length when a bending moment is placed on it is called deflection. Deflection is defined as the displacement at a specific point due to a given load. It is designated as the variable ‘y’. The amount a beam deflects depends on the force applied to the beam and the beam’s size, shape, and material of construction.

A beam will continue to deflect until the force causing the bending moment is removed. After the force is removed, the beam will return to its original shape unless its yield strength has been reached. Once the yield strength is reached, the beam will be permanently deformed. Although deflections in the elastic range of a material do not necessarily cause permanent damage to the beam, many applications require limited deflection. High precision machining equipment requires that their components do not deflect when forces are applied to them in order to ensure the accuracy of their processes.

Amatrol’s unmatched multimedia utilizes text, audio, and stunning 3D animations that engage learners in both theoretical knowledge and hands-on skills. This thorough, exceptionally detailed curriculum is built to begin with the basics and steadily advance to more complex concepts and skills. Through partnerships with key industry leaders and leading edge educators, Amatrol developed the right balance of knowledge and applied skills needed to train learners to work in their chosen field.