Since the industrial revolution began manufacturing has been the driving force behind the success of developed nations. Unfortunately for the past century the development of industry came at the expense of the environment. Air, soil, and water pollution became synonymous with the output of large factories, who seemed more concerned with the bottom dollar than the impact they were having on the planet. 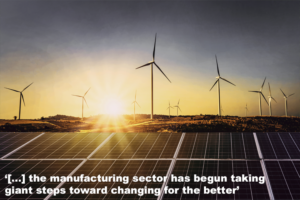 Thankfully in the last four decades these issues have been at the forefront of conversations surrounding ethical industrial practices, leading to cleaner and more efficient systems. As a whole the manufacturing sector has begun taking giant steps toward changing for the better, becoming more aware of the positive impact that can be achieved just by changing a few outdated practices.

The shift in thinking was largely thanks to standardization across the globe. The International Organization for Standardization (ISO) founded in 1946 led the way in global standardization by creating clear pathways for organizations to follow. In 1996 the ISO formed the ISO 14001 environmental management system, assisting companies in producing a more environmentally friendly atmosphere. With more than 300,000 certifications in 171 countries this certification has been wildly influential in changing the way manufacturing is conducted.

Recently Amatrol was honored by receiving the ISO 14001 certification, shining a light on the work that has been done companywide to reduce the impact to the environment. I sat down with Jacob Perkins Manufacturing Production Supervisor at Amatrol to discuss ISO, and what this environmental certification means for Amatrol. 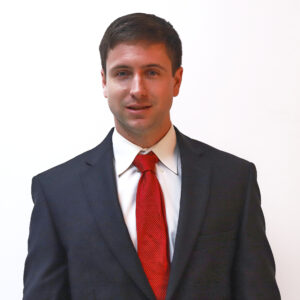 Q: Why did Amatrol choose to pursue the ISO 14001 Environmental Standard?

Jacob: Amatrol decided to pursue the ISO 14001 certification for several different reasons. One, is we’re looking to improve our energy usage/efficiency, and we’re also trying to become good stewards of the environment. It was natural to pursue that with us already having the 9001 certification.

Q: What does receiving this ISO certification for environmentalism say about the work that Amatrol has done to become a greener company?

Jacob: I think we are trying to not only become leaders in producing products for the green industry, such as our solar and wind and geothermal trainers, but we’re also trying to improve our practices as well to align with what we’re doing in those different fields.

Q: What are the steps Amatrol has taken to reduce its environmental impact?

Jacob: There’s been several things since obtaining the ISO 14001 certification. One is we’ve installed recycling bins to cut down on wasted material. We’ve also been recycling more cardboard. We’ve incorporated this AWS energy project where we’re tracking the energy usage from our HVAC units on the rooftop and looking for ways to reduce energy. And then we’ve also been tracking the energy usage and consumption from our machine area, including our lathe and our CNC mill.

Q: How long did it take for Amatrol to make changes to meet the criteria set by the standard?

Jacob: It was not a quick process it took about 14-16 weeks once we started the project. A lot of that was not just the projects that we’ve been working on, but also laying the groundwork in creating the systems for documentation and accountability. Additionally, it involved training people to be a part of our environmental management team processes and projects to get into accordance with ISO 14001 standards.

Q: Who was involved to get Amatrol to a point where it met the standard criteria?

Jacob: It was a companywide process. And we also work with Purdue MEP to help us with passing our certification audit.

Q: What challenges did Amatrol face to become certified for this standard?

Jacob: The biggest challenge for us was not having the paperwork and documentation. As far as our processes, a lot of them were already efficient, but the main thing is being able to show that you’re meeting the standards set forth by ISO 14001 and then having a system to document projects. And in some cases, we didn’t have any of that when we started.

Q: Over the years what has Amatrol focused on improving to lead to this certification?

Jacob: We initially pursued the ISO 9001 certification, which is our quality management system. And we found a lot of success with that certification in driving improvements in quality. And the thing about ISO 14001 is it has a lot of similarities between the 9001 in the sense that it’s still following the plan-check-act-do (PCAD) cycle, and you still have corrective actions other basic things that you see in the Quality Management System. It was just a natural leap since we’re trying to get more into green energy and to figure ways to improve efficiency to jump in to 14001.

Q: In what ways have Amatrol’s employees contributed to the success of Amatrol’s environmental strategy?

Jacob: For instance, we had all the employees undergo spill training so that we can handle spills in a safe way. Similarly, we’ve been training employees on things like emergency response, handling various chemicals, documenting the chemicals that are in their work area, and then making sure that we recycle items.

Q: What does the future hold for Amatrol’s environmental progress?

Jacob: I think I think the future is very bright. And especially with our new building expansion, I would love to see the energy monitoring system, the incorporator over there, to have a joint system that would work with our HVAC system to reduce energy consumption. And then I believe as we’re expanding our production processes, not only here, but in the new buildings that we’ll be able to take on new projects that will further help reduce our energy consumption and use of resources

Q: Personally, why do you find it critical for manufactures to pursue green technologies?

Jacob: I think it is the right thing to do. We’re in a time where we’re reaching resource scarcity, rising costs and supply chain shortages. As a good steward of the environment, and for the longevity and sustainability of manufacturing we need to use the resources to the best of our abilities.

Q: Is this an ongoing process to maintain the ISO 14001 certification?

Jacob: Yes, this is a never-ending process. And we meet regularly in our environmental team and look at new projects, what we’ve done in the past, and then making sure that we’re meeting the standards. And then in addition to that, we have annual audits and three-year audits to ensure compliance with the certification.

Q: Amatrol has a wide array of green energy trainers, what can you tell readers about that line of products?

Jacob: Amatrol offers a variety of green energy training systems in areas like wind, solar, and geothermal. In each of them, we’re teaching you not only the concepts of green energy, but also the how to service the systems, the process controls behind them, and their applicability to real world situations that techs would see in the field. 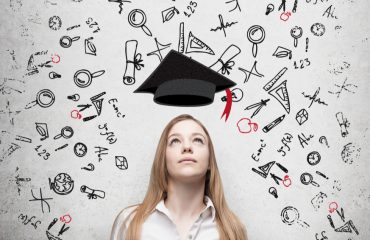 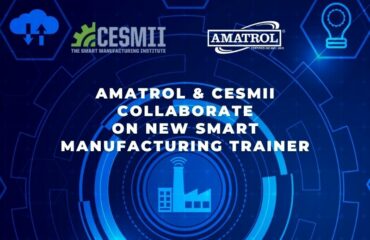 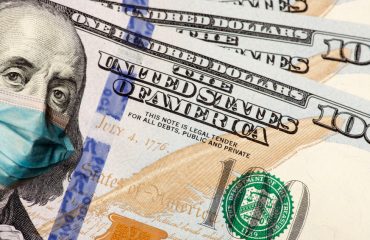